Zum Inhalt springen
Review of: 100 Ways To Die In The West 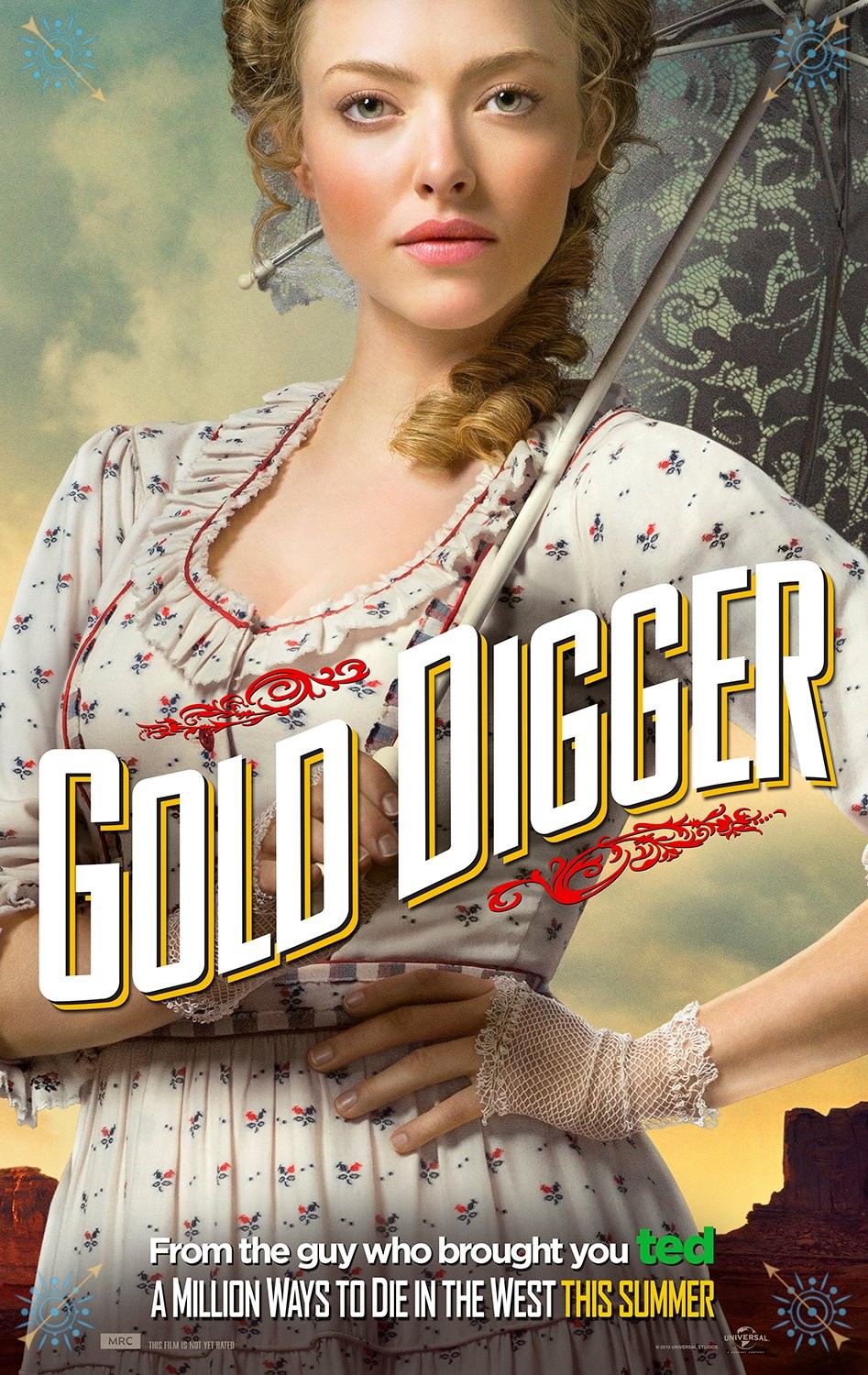 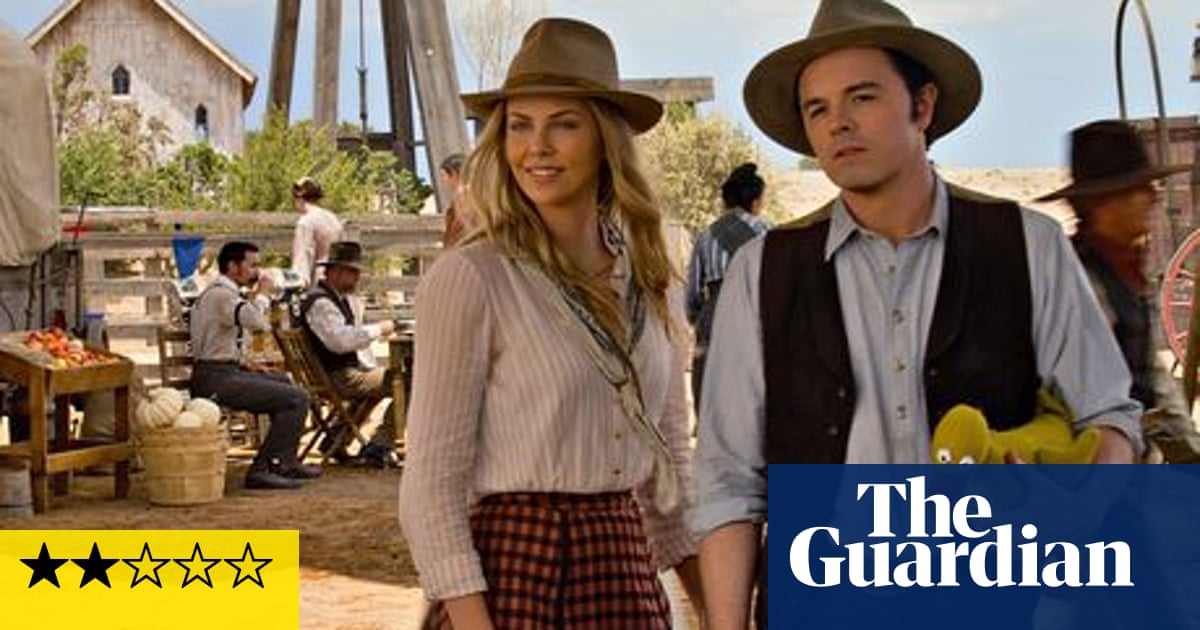 There is no better example of this than the all-too lengthy scene involving Neil Patrick Harris getting the runs during the gunfight. The initial idea has some comedic promise - someone can't attend a gunfight because he can't stop going to the toilet.

In the hands of a director who understood that suggestion is often more effective than being explicit, the joke could have worked reasonably well.

But Macfarlane shows us far too much, repeating the same joke over and over without progressing the scene, and then giving us the totally unnecessarily close-up of the hat full of faeces.

He deconstructs his own joke while he's telling it, insulting our intelligence and bringing the pace of the scene to a grinding halt. The same goes for the so-called climax, where Albert outwits Clinch in the final duel.

Had Macfarlane put in the hard yards, showing the growing ingenuity and self-respect of Albert, this development would have made much more sense and felt cathartic.

As it is, it looks and feels for all the world like the writer plucked the resolution out of his arsw, shoehorned the plot around it and then explained it to death, killing the joke in the process.

Tom Baker got away with this in some of the weaker episodes of Doctor Who because he was charismatic and appealing enough to make us believe that the Doctor was really that clever.

But Albert isn't clever: he's as stupid as his creator believes his audience to be. In hindsight, it was a very bad idea to allow Macfarlane to direct, produce, write and star in this film.

Whether because his energies are too thinly spread or because he has no real talent at all, he comes up short in every aspect.

His central performance is flat and weak, with no real character development and a cocky, chauvinistic quality which makes him unappealing.

His writing is mediocre, always low-balling it when a person in his position should be taking risks. His direction is to westerns what Chris Columbus was to Harry Potter, with the camera remaining so static that we can tell when a joke is being set up just by looking at a given shot for more than a second.

And by producing it, alongside good friends Scott Stuber and Jason Clark, there is no-one to rein him in when he starts being narratively flatulent as well as comedically so.

If we disregard the jokes for the moment - difficult as that may be - we find ourselves coming back to the issue with the characters. The central dynamic is simply a lazy and boring regurgitation of the Judd Apatow formula - namely a romance in which a schlubby, incompetent, shallow and cretinous guy ends up with the beautiful, smart, resourceful woman for no good reason.

Taken abstractly, there is no way in hell that Anna would end up with Albert, and shaping him as the lesser of two evils over Clinch is not only stupid, it's downright misogynistic.

In spite of all this, it would be wrong to describe A Million Ways as an abject failure. There are so many gags being thrown at you that some are bound to stick in a disposable way, and for newcomers to the comedy western sub-genre, there are worse places in which one could start Wagons East, for example.

It is equally possible to enjoy it for the supporting cast, who work overtime to do their best in spite of the material.

While Neeson is largely boring, pitching it somewhere between Taken and Seraphim Falls, Theron is a lot more appealing and almost manages to make her role convincing in its own right.

A Million Ways to Die in the West is a disappointingly scattershot affair which will entertain Macfarlane fans but leave the rest of us with half-remembered frustration.

Its central premise and its cast both have undoubted potential, but every good idea it has is quickly ground down into third-rate physical or scatalogical jokes which are poorly directed, have no staying power, and are offensive for all the wrong reasons.

Macfarlane can do so much better as both an actor and a writer, but the biggest compliment you can pay this film is that it makes you want to rewatch Blazing Saddles, to see how it really should be done.

When a sheep herder who hates the West saves a young lady during a bar fight they strike up a friendship that helps him gain some self-confidence.

But the performances are weak, due in part to the writing. And while a lot of the comedy is funny, the jokes are often taken too far or spoiled by some random bit of nonsense.

Unfortunately, A Million Ways to Die in the West is a poorly made film that's more concerned with setting up gags than telling a fun story.

Dann M Super Reviewer. See all Audience reviews. Edward: So should I bring her back around 6? Millie: We really don't keep a schedule around here.

He'll just be in when he feels like putting his penis in an asshole. Edward: So we'll say 6, then. Anna: What's with this fair?

Albert: Every year, people die. Anna: Really? Doctor Harper: I couldn't save her. Albert: She had a splinter. What the hell were you supposed to do?

March 22, The best stuff is when McFarlane plays up the rag-tangled daftness of the genre, which is perhaps why comparisons to Mel Brooks may not be entirely defunct.

Paula Fleri-Soler Times of Malta. March 6, Micheal Compton Bowling Green Daily News. This is like watching a mediocre episode of "Family Guy" that is four times longer and much cruder.

Abbie Bernstein Assignment X. January 15, There are hilarious things within A Million Ways to Die in the West, there are cringe-worthy things, and there are many elements in between.

Full Review Original Score: D. Jennifer Heaton Alternative Lens. November 1, Despite all of the obvious flaws, I did find myself caught up thanks to MacFarlane and Theron's chemistry, and there were just enough genuine laughs to keep me entertained.

Aaron Peterson The Hollywood Outsider. October 23, For me, that is how the West is truly won. Full Review Original Score: 7. Brooke Corso The Monitor McAllen, TX.

In an interview on The Tonight Show Starring Jimmy Fallon , Neeson remarked that he made this demand because an episode of MacFarlane's Family Guy had previously made a joke out of the juxtaposition of Neeson playing a cowboy with an Irish accent.

The site's consensus states, "While it offers a few laughs and boasts a talented cast, Seth MacFarlane's overlong, aimless A Million Ways to Die in the West is a disappointingly scattershot affair.

Claudia Puig's review in USA Today was largely positive, writing, "A Western with a contemporary sensibility and dialogue that sounds markedly modern, A Million Ways to Die in the West is quintessential MacFarlane, at once silly and witty, juvenile and clever.

Scott Mendelson of Forbes commended MacFarlane's decision to make an unconventional western comedy, but summarized the film as "just ambitious enough for that to be genuinely disappointing.

Much of the film's criticism was directed towards its writing, running time, and MacFarlane's debut live-action performance.

Michael Phillips of the Chicago Tribune criticized MacFarlane's acting and direction as: "A failure of craft.

He can't direct action, or even handle scenery well. He can't set up a visual joke properly without resorting to head-butting and bone-crunching, and he doesn't know how, or when, to move his camera.

He's not good enough as a romantic lead to anchor a picture. Rene Rodriguez of the Miami Herald gave the film one star, commenting, "There are enough laughs scattered throughout A Million Ways to Die in the West that while you're watching it, the movie seems like a passable comedy.

By the time you get home, though, you can barely remember the jokes. From Wikipedia, the free encyclopedia. Theatrical release poster. Seth MacFarlane Scott Stuber Jason Clark.

Dylan Kenin as Pastor's Son, the son of the town pastor, who is killed by Lewis in the bar. Matt Clark as the Old Prospector, an unfortunate victim of Clinch's gang.